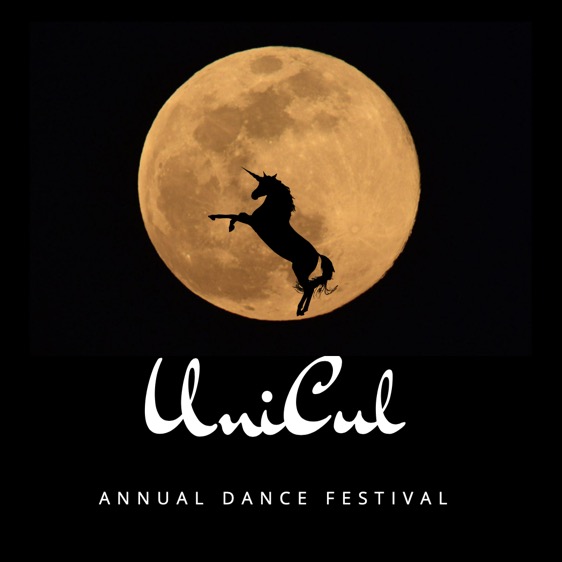 Bio: ANINDO began her musical and dance career in her homeland of Kenya, as a vocalist/dancer/percussionist.  She enjoyed a successful solo career in Europe, as a vocalist, signing a recording contract with EMI Spain, and becoming known as Kenya's singing sensation. Anindo has performed with Babatunde Olatunji, Mickey Hart of the Grateful Dead, among others.  Today Ms. Marshall is a Certified Dunham Technique Instructor, and serves as a board member of the Katherine Dunham Certification Board. Dunham Technique is a technique created by Katherine Dunham. It is a combination of dance disciplines - ballet, jazz, modern, cultural dances from Cuba, Brazil, Haiti, Africa etc.  Anindo is also an accomplished musician, percussionist and a dance teacher of African dance from East, South, Central and West Africa.. She has studied with the world's finest percussionists, Babatude Olatunji, Mamadi Keita, Mor Thiam, Lamin Dido Camara, Karamba Diabate to mention a few.  Her study of African rhythms made her continue studying West African dance as well under the umbrella of such teachers as Kimoko Samo (formerly artistic director of Les Ballet African of Guinea W. Africa), Marie Basse and countless other great African dance teachers. She teaches percussion from Africa and Latin America and private vocal and piano classes to children across the globe. Ms Marshall is the Founder/Artistic Director of MARSHALL DANCE COMPANY, a dance company that focuses on Dunham Technique. 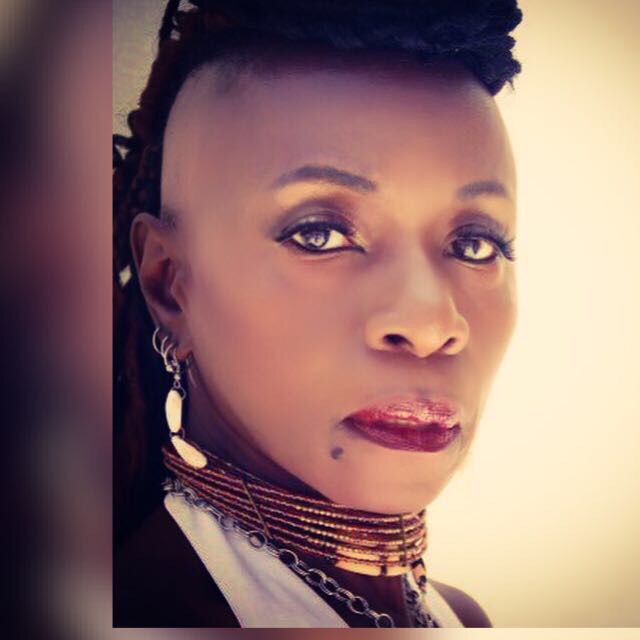 Masterclass Description:
Come join us to elevate your heart rate, enhance coordination, and increase stamina and have fun,  fun, fun with African Dance Technique!! You will learn dance, songs and culture from West and Central Africa, with live drumming. If you can walk, you can dance!!! See you in class!!
‍Preparation - Have water and towel to class
‍Level Recommendation - All levels are welcome
Dress Code - Wear comfortable clothes that you can easily move in.

Event Description:
The workshop will demonstrate the general categories of Korean dances, basic rhythmic movements of the upper and lower limbs, and the training of the basic dance and Dongnaegyang (use fan) dance. Finally, we would introduce you how to beat the drum.
Korean folk dances actively utilize props. Masks and fans are important factors that catch the attention of students, but it takes about three weeks just to learn how to handle musical instruments and props. The workshop would emphasize 'enjoying' rather than dancing techniques. Relaxing is a characteristic of Korean dance, so keep breathing.
“In the days, when dance was almost everything to me, I taught people who knew nothing about dance. To teach them how to relax, breath, and find the joy of dancing is naturally integrating into my whole life.” Someone asked me，“Korea dance was made during the Joseon Dynasty, so do you think tradition changes from the perspective of teaching traditional Korean dance in the 21st century?” Instructor Zhang Wei, who has made the study's anthropological interpretation of Korean dance culture, answers yes to the question about the changes of traditional culture from time to time. “Instead of thinking about keeping the tradition, I'm trying to find a point of connection where people can enjoy it”. The joy of art is awesome. If you focus on art for a very long time, you can feel the joy of having it in your body. I think it's important that you've experienced it in your life. "---Zhang Wei 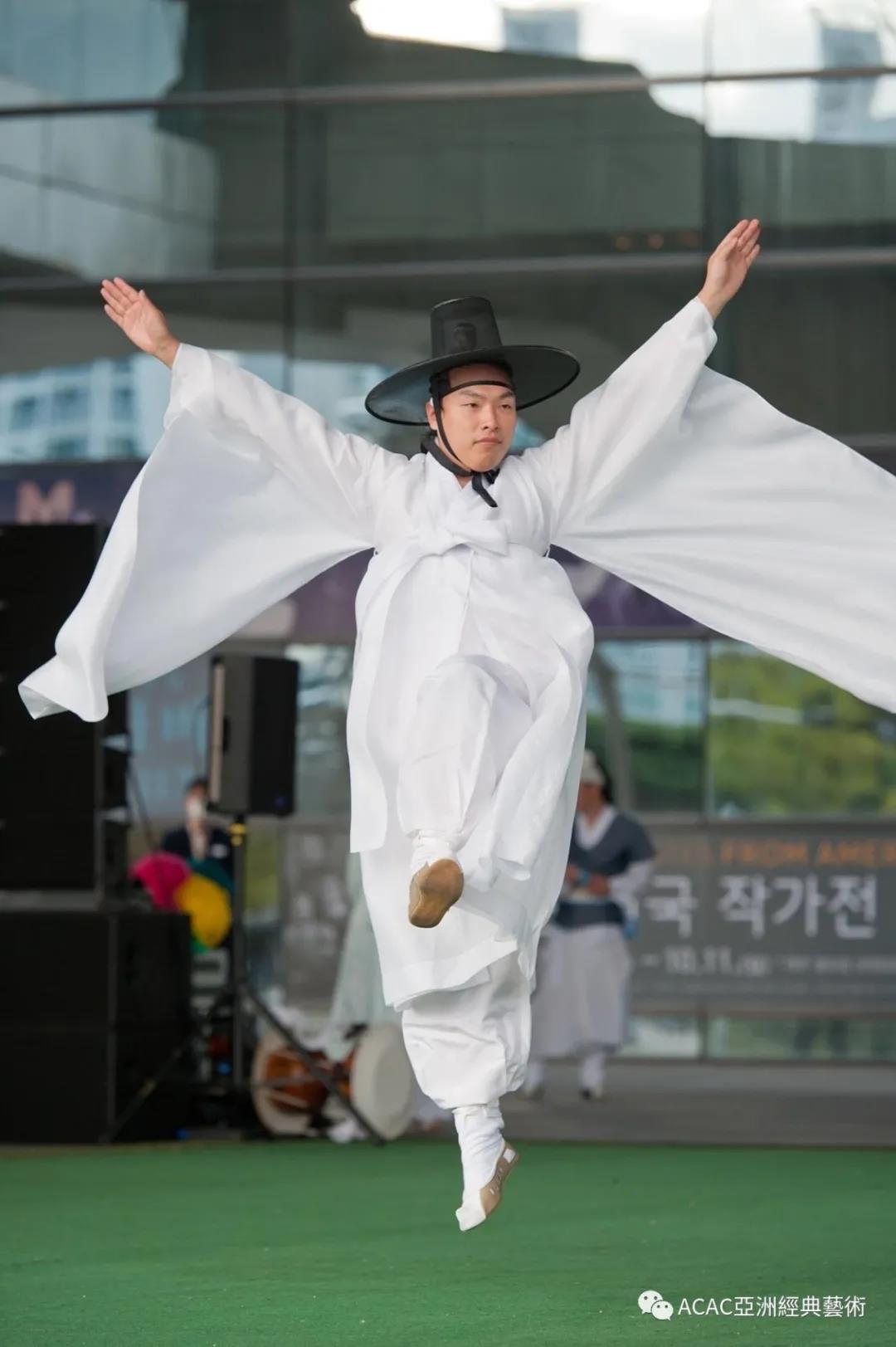 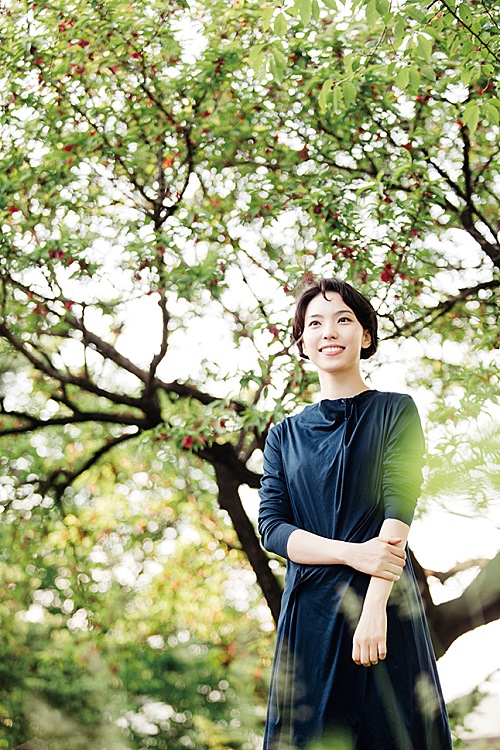 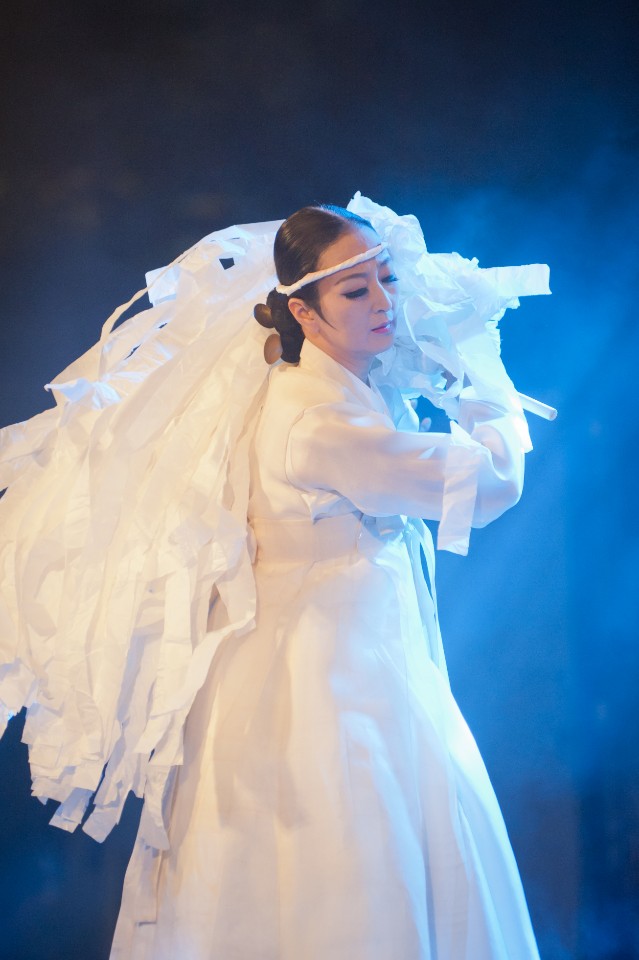 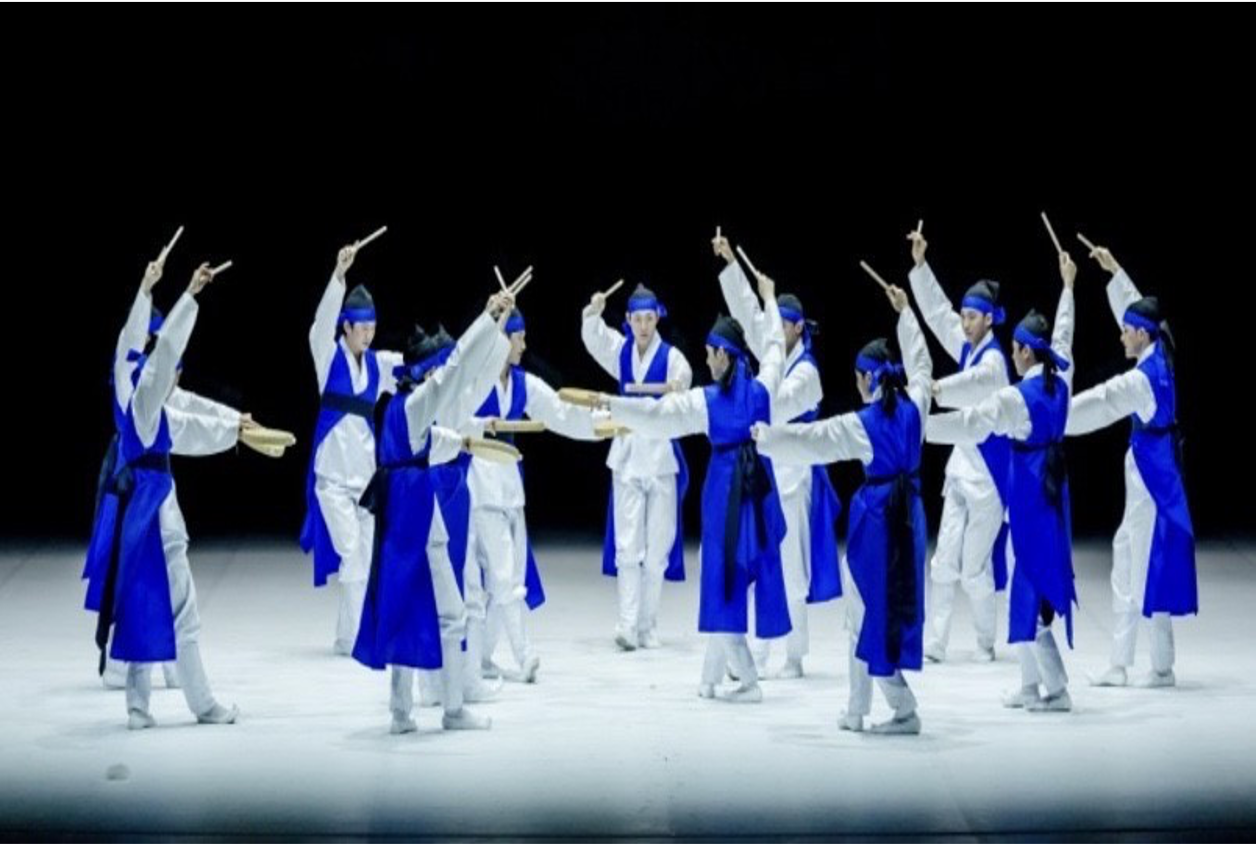 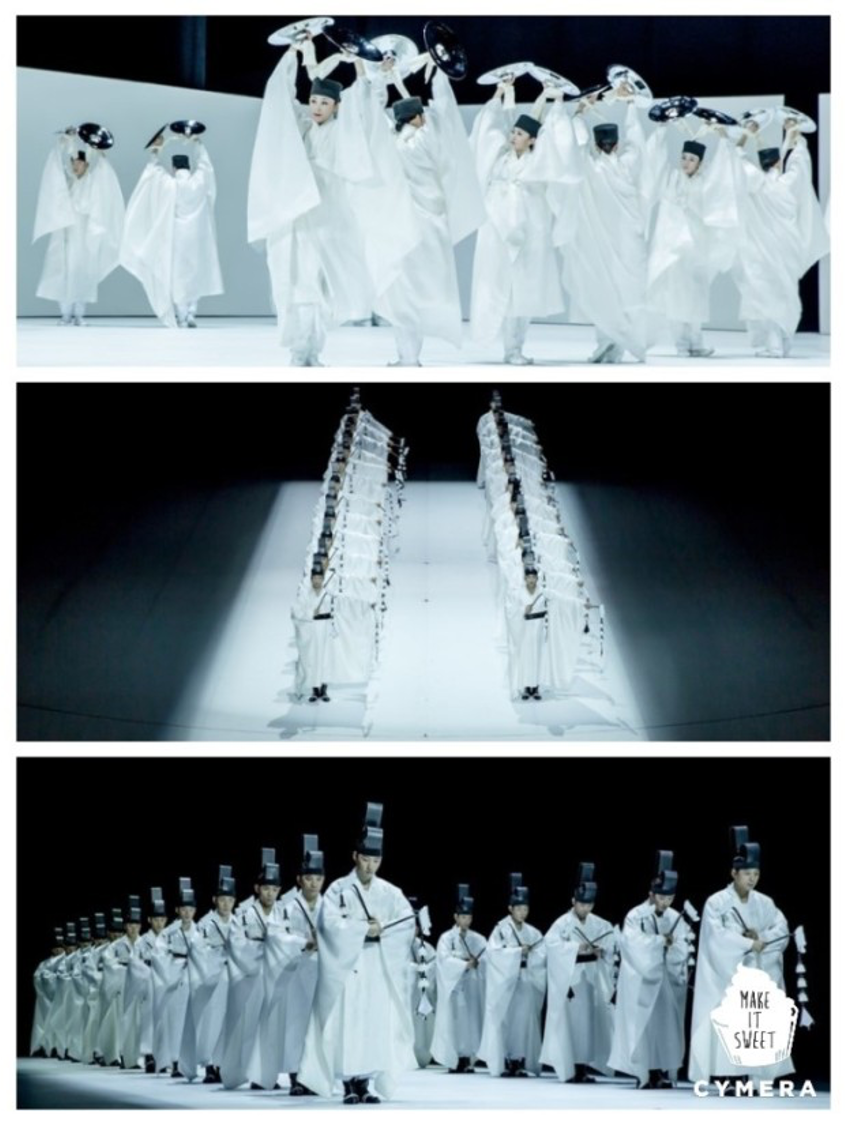 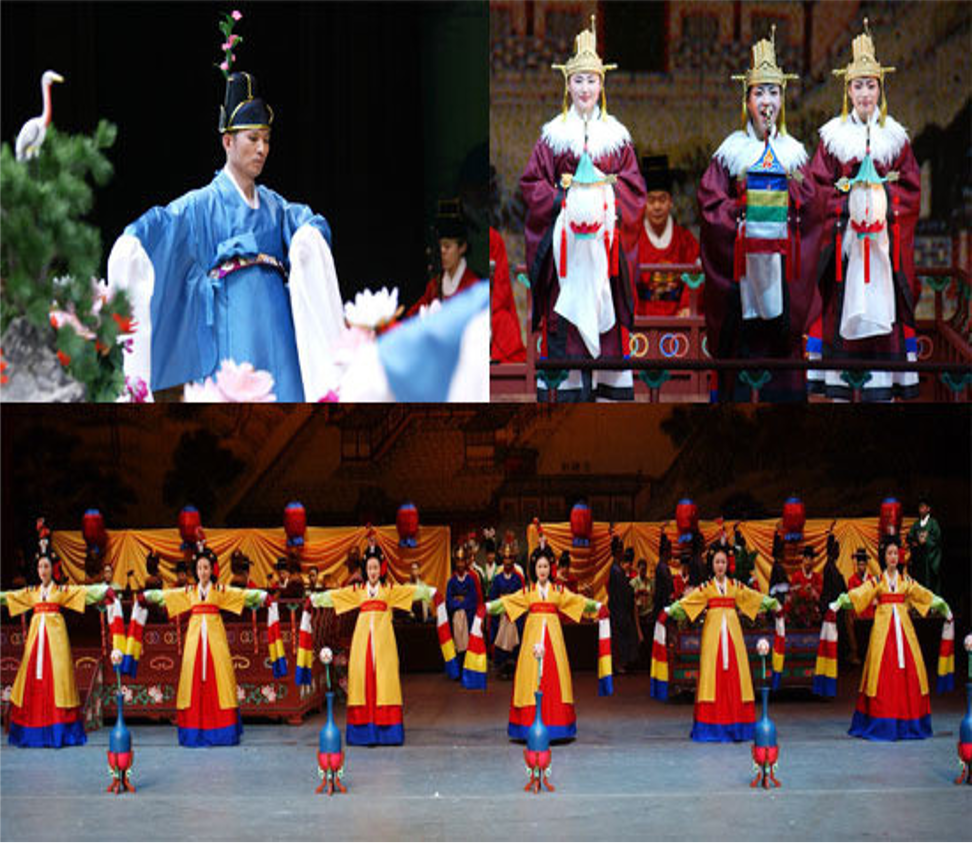 A Showcase of Japanese Classical Dance
This is a presentation of Japanese classical dance performances by Kikuyuki no Kai. Japanese classical dance is derived from an ancient dance form that was handed down through the centuries. The dances are usually scenes portraying a character in conflict or blissful harmony; and showcasing movements that are highly stylized, earthbound, and close to the body. It is a performing art in which important elements of Japan’s traditional culture, such as beauty, simplicity, space and light, come to life on stage.
In this program we will showcase two unique classical dances and one folk dance. In one of the dances, we perform the tale of Okuni Kabuki: the legend of the woman credited as the founder of the kabuki art form itself.

Kikuyuki no Kai - Onoe School of Dance Kikuyuki no Kai is a Japanese classical dance troupe from the Washington DC Regional Branch of the Onoe School of Dance, Tokyo, Japan. A student of Japanese dance for over twenty years, Onoe Kikuyuki holds the Natori Certification (to perform) and the Shihan Certification (to teach) granted by the most distinguished Onoe School of Japanese Dance, Tokyo, Japan. The Onoe School is critically acclaimed throughout Japan as the recognized leader in preserving Japanese culture by inspiring traditional choreography with creative assimilation of diverse artistic genre from the modern world.She is the master instructor and choreographer for Onoe Ryu Dance Enterprises, and has students across the United States. 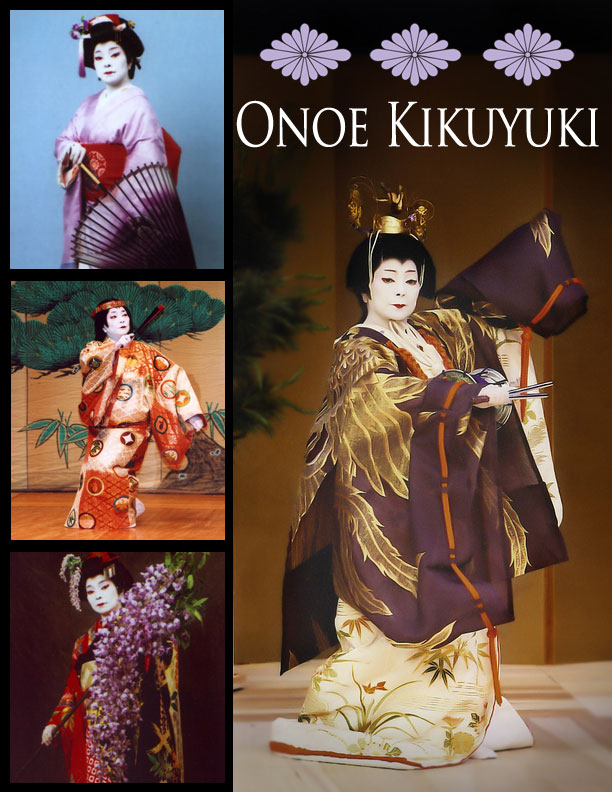 Organization Introduction:
Founded in 2011, Carpathia Folk Dance Ensemble is DC’s only multi-ethnic folk dance performance group. They currently perform dances from Ukraine, Romania, Poland, Germany, Austria, Hungary, Macedonia, Russia, Bulgaria, and of the Roma/Gypsy people. The group is all-volunteer and comes from a variety of backgrounds including immigrants from countries they represent to people who do not even have ethnic background from the countries. What brings the performers together is a passion for dance, music, and sharing cultures with audiences throughout the Mid-Atlantic region. The organization is not for profit and they strive in their mission to present and preserve the cultural dance of the countries they cover.
‍ 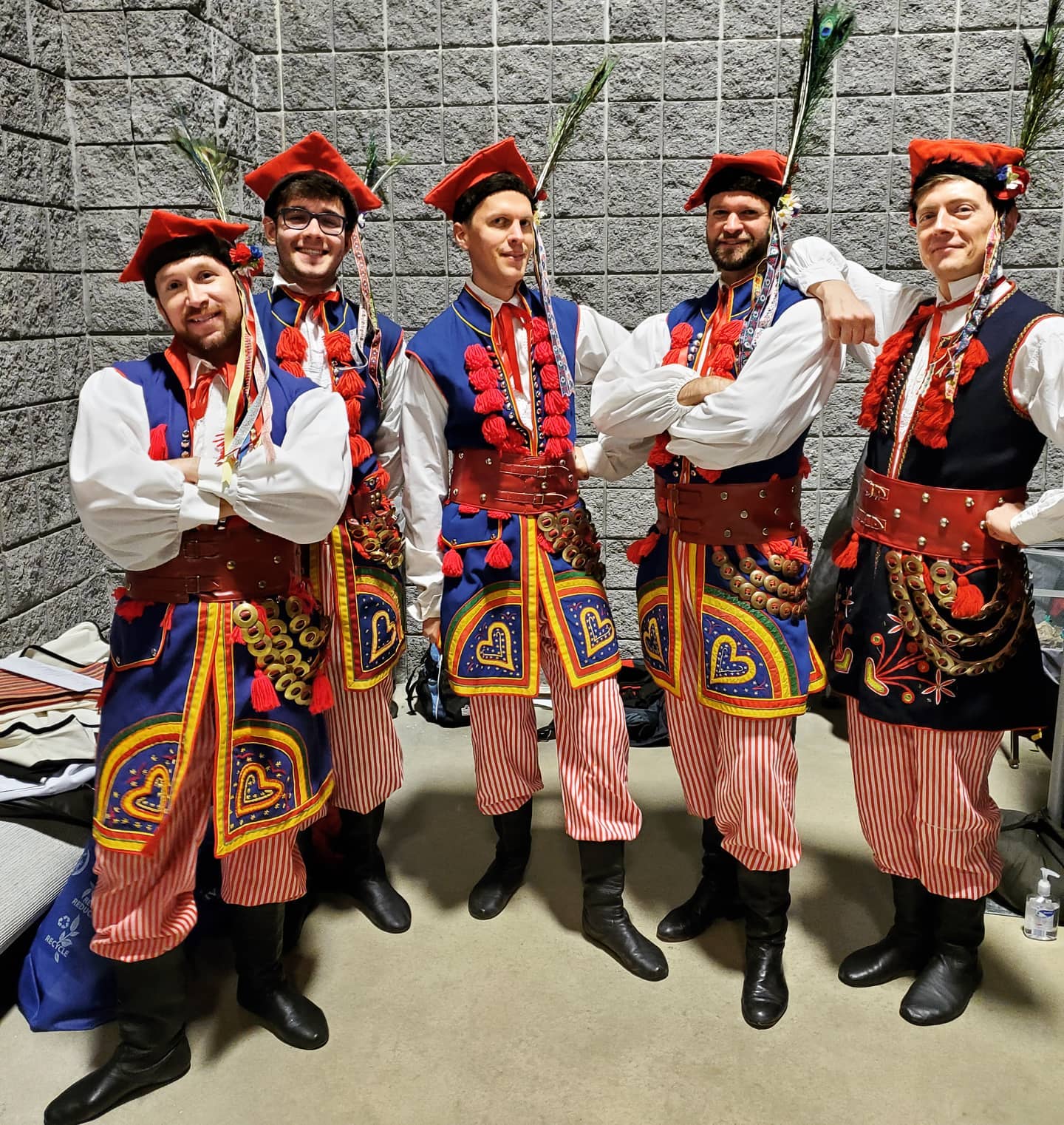 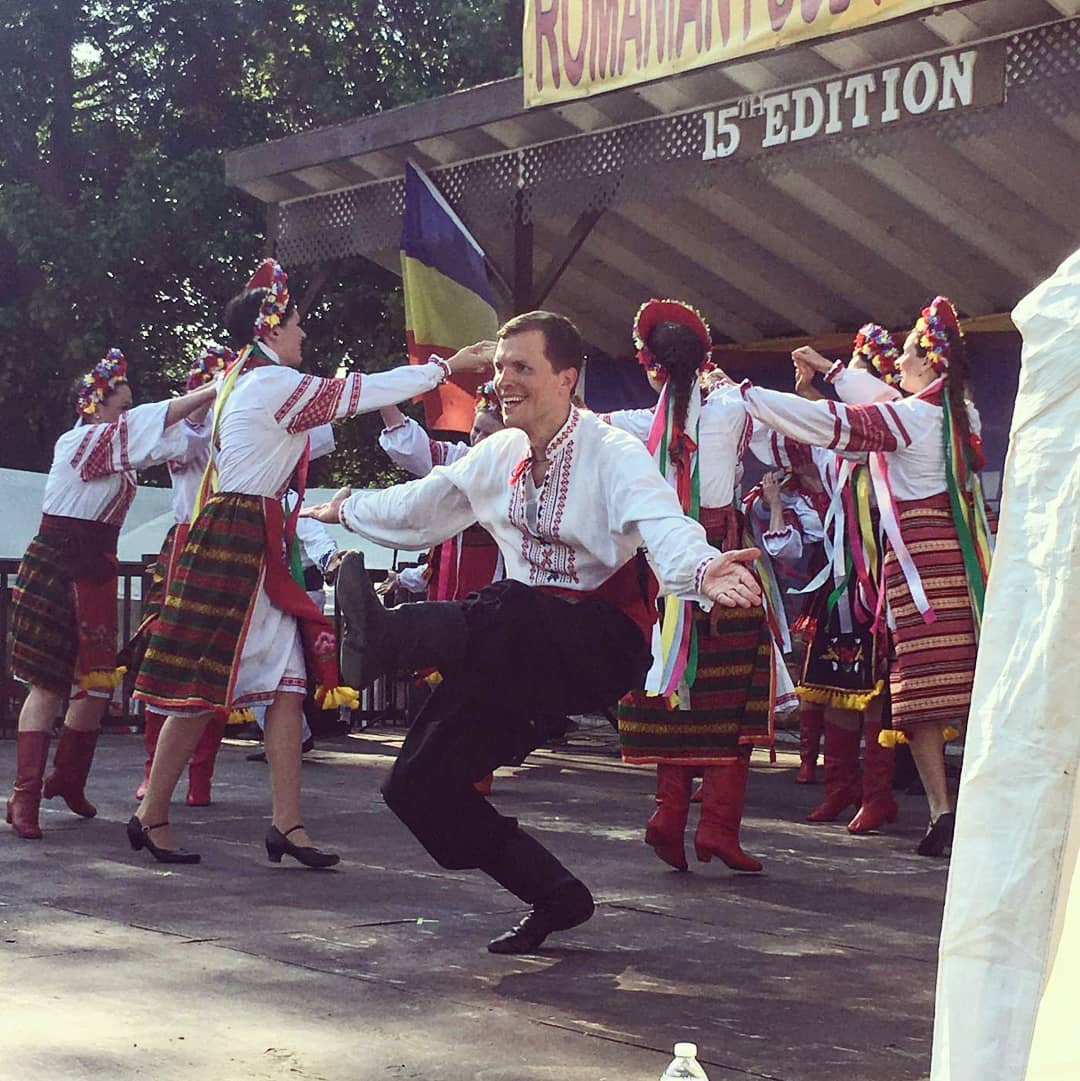 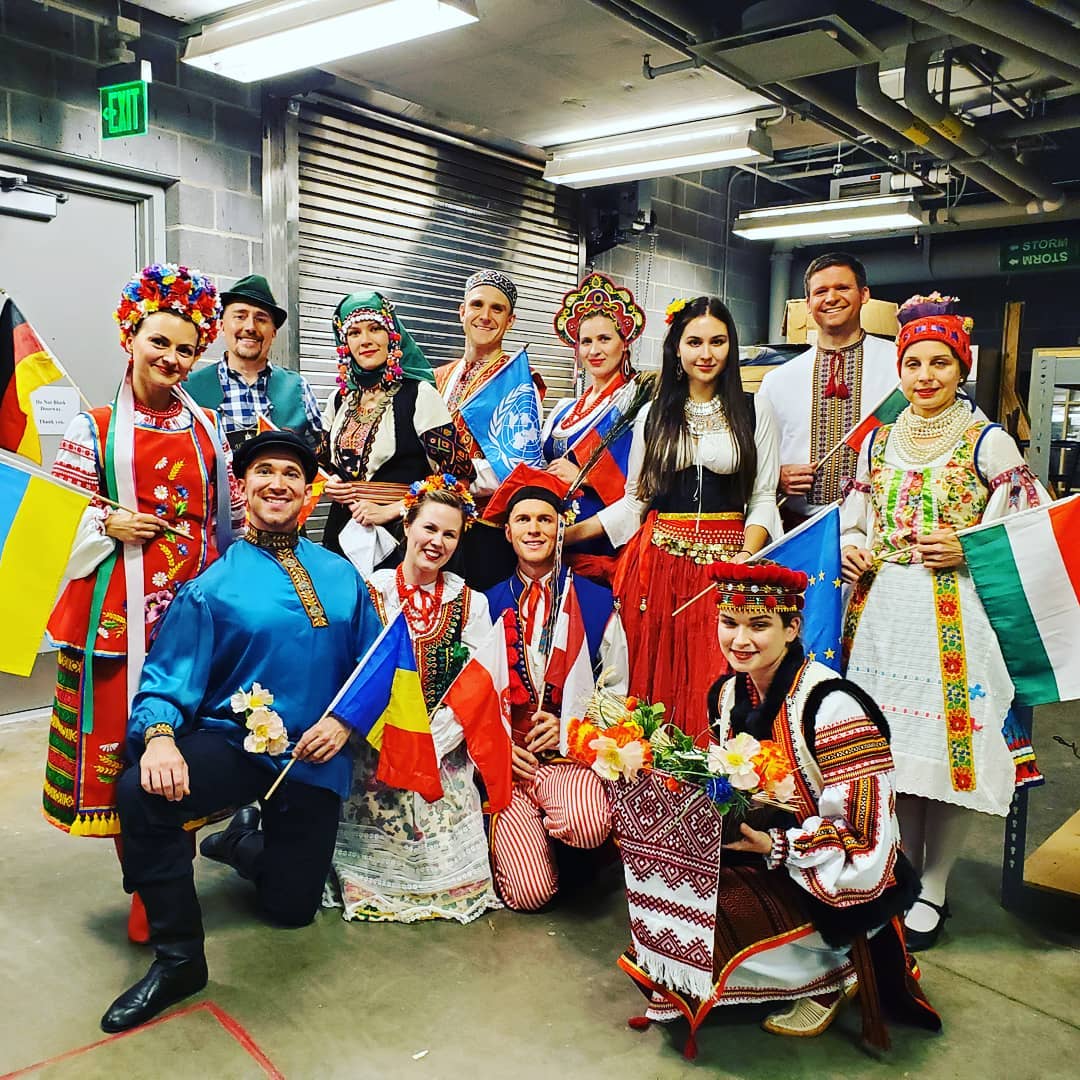 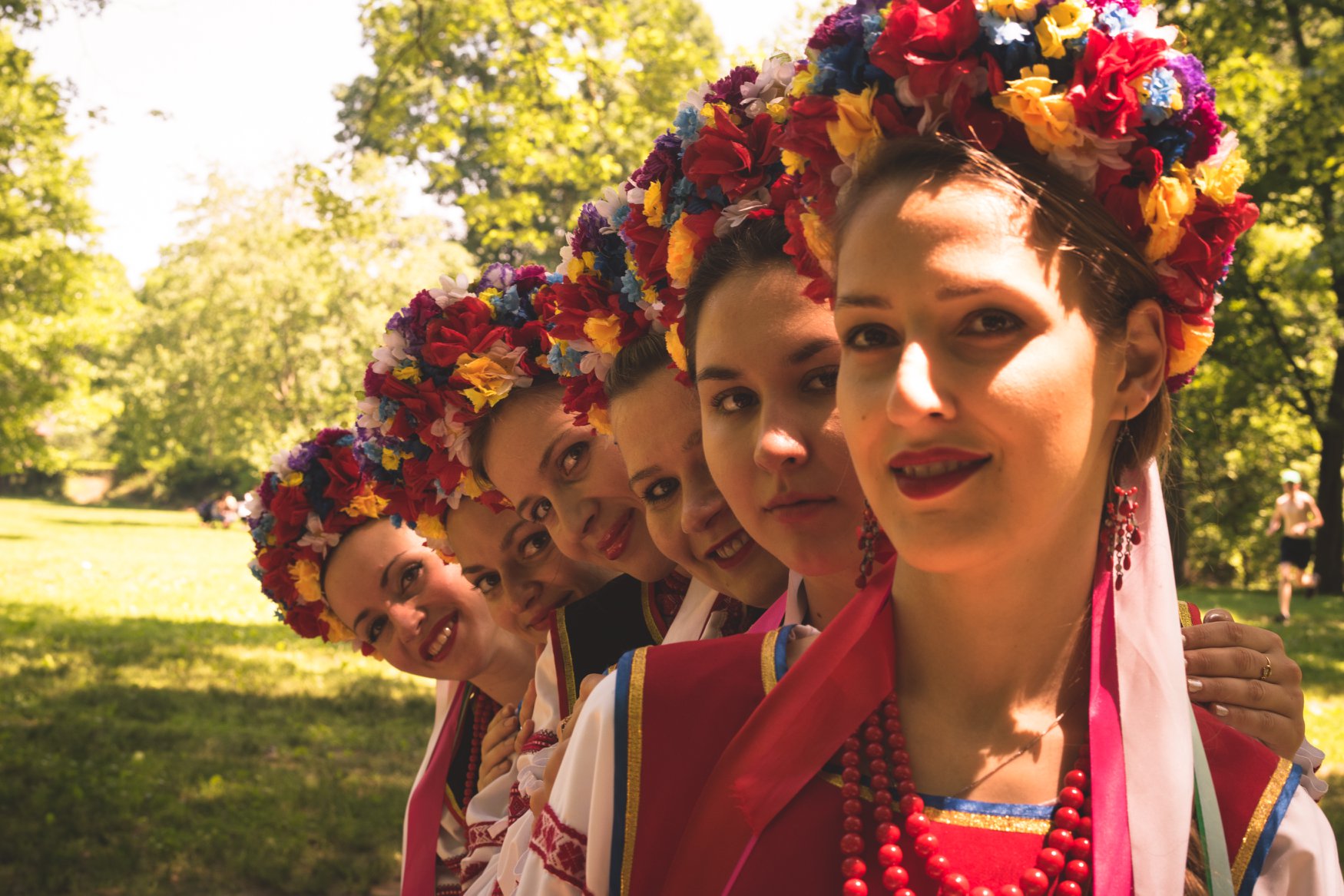 Bio:
Dance scholar, choreographer, performer, and costume designer, Laurel Victoria Gray specializes in women’s dances from Silk Road cultures and the Islamic World. Her articles have appeared in publications including the Oxford University Press International Encyclopedia of Dance, the Encyclopedia of Modern Asia, and the Encyclopedia of Women in Islamic Culture. She combines her degrees in history with decades of field research and teaches Global Dance History at George Washington University.
Called “the pioneer of Uzbek dance in America,” Gray has studied dance in Central Asia and the Caucasus, including two years at the invitation of Uzbekistan's State Academic Bolshoi Theater. In 1995, she founded the award- winning Silk Road Dance Company; in 2015, they performed at the very first White House Nowruz celebration. She was awarded the 2003 Kennedy Center Local Dance Commissioning Project Award for her work EGYPTA: Myth, Magic, and Mystery – inspired by ancient Egypt. Uzbekistan’s Ministry of Culture In 2009, Gray presented the Selma Jeanne Cohen International Dance Scholar lecture. She has been an adjudicator for several international competitions, including Uzbekistan’s 2018 Magic of Dance Festival. Most recently she has presented papers at international conferences conducted by the Academy of Arts of Uzbekistan and the Fulbright Association.
‍Silk Road Dance Company "Cultural Understanding through Beauty and Delight"
Founded in 1995 by Artistic Director Dr. Laurel Victoria Gray, the award-winning Silk Road Dance Company (SRDC) presents traditional and contemporary women's dances from Central Asia, the Middle East, South Asia, China and the Caucasus. Their pioneering performances offer a unique glimpse of the life and art of little- known cultures, especially the Islamic world. Silk Road Dance Company has performed internationally in Uzbekistan, Qatar, Singapore, Canada and the UK. Nationally they have performed in 18 states and at some of the most prestigious venues in the Washington DC area, including the White House, the Kennedy Center and the Library of Congress. Silk Road Dance Company has performed for Empress Farah Pahlavi and HM Queen Rania of Jordan; SRDC has also been featured at events for fourteen different embassies.  With an impressive repertoire of more than 200 dances, they are often engaged by cultural organizations in the Iranian, Afghan, Turkish, Arab, and Central Asian communities. 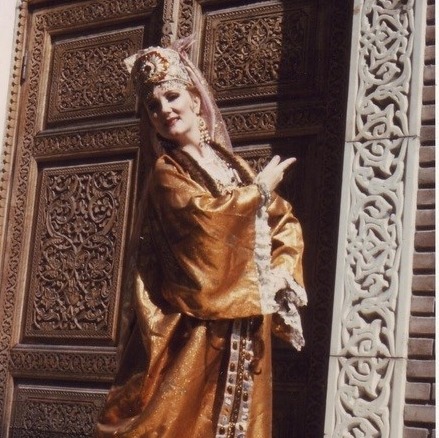 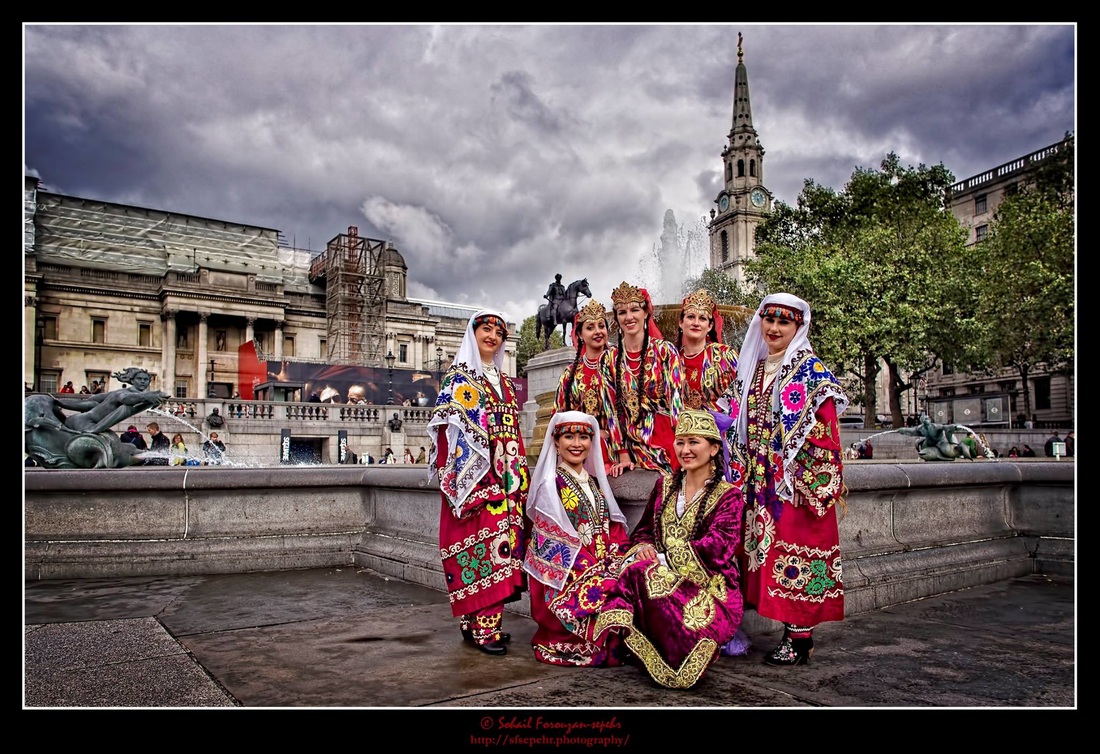 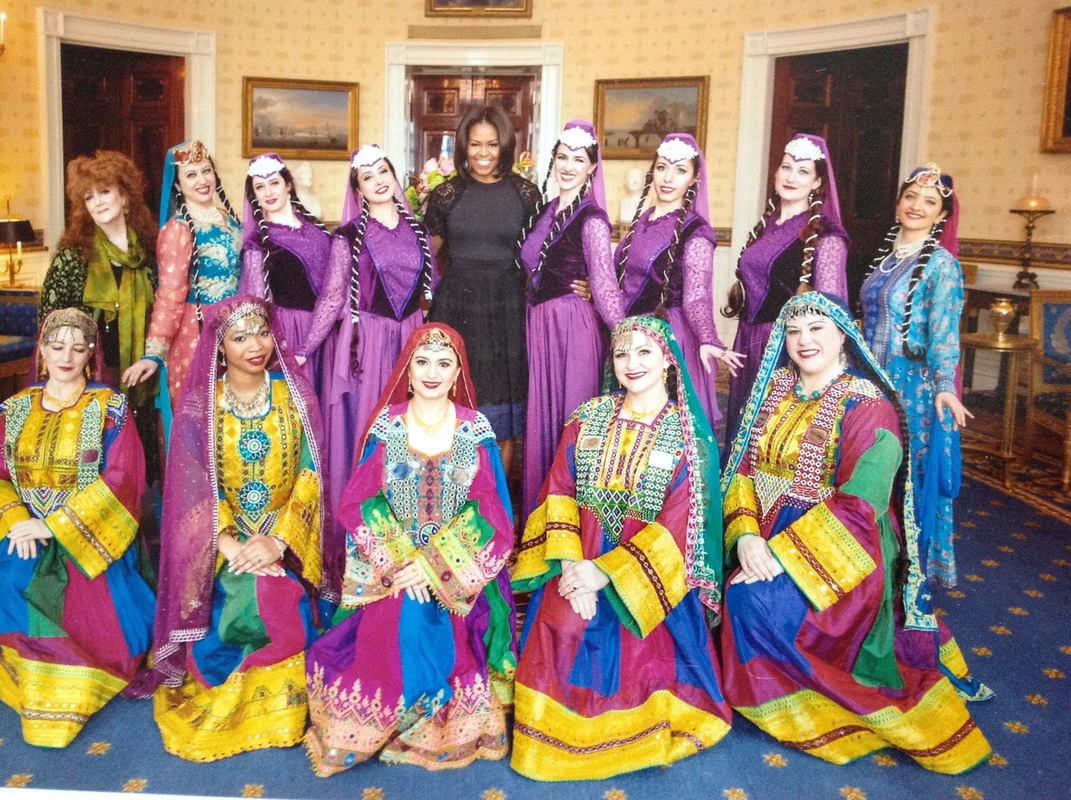 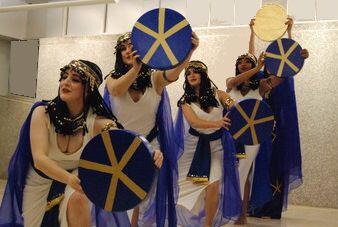 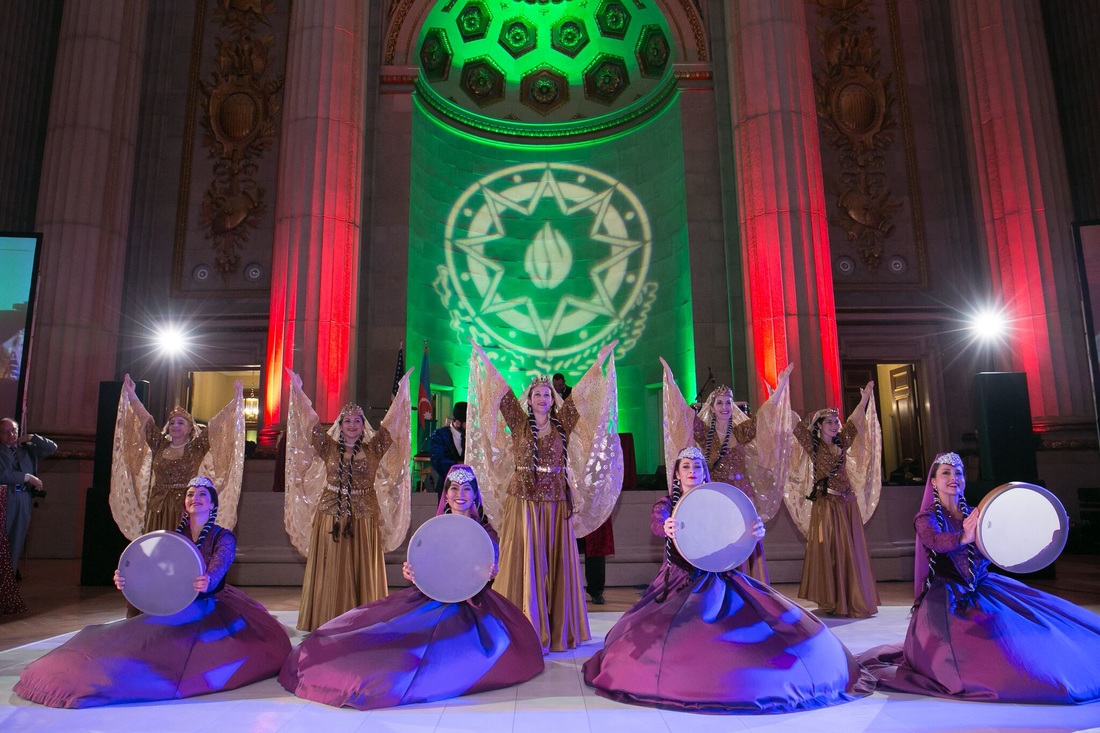 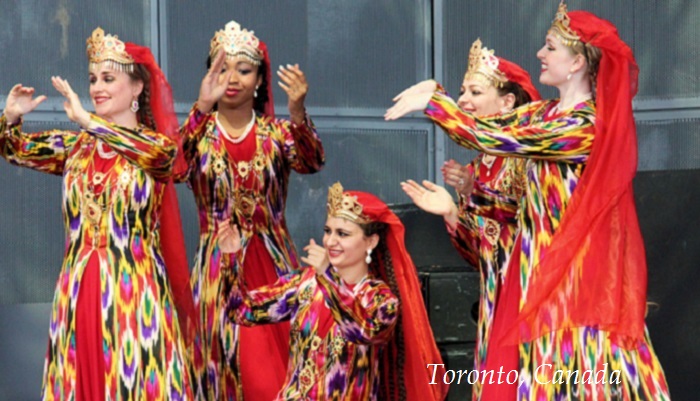 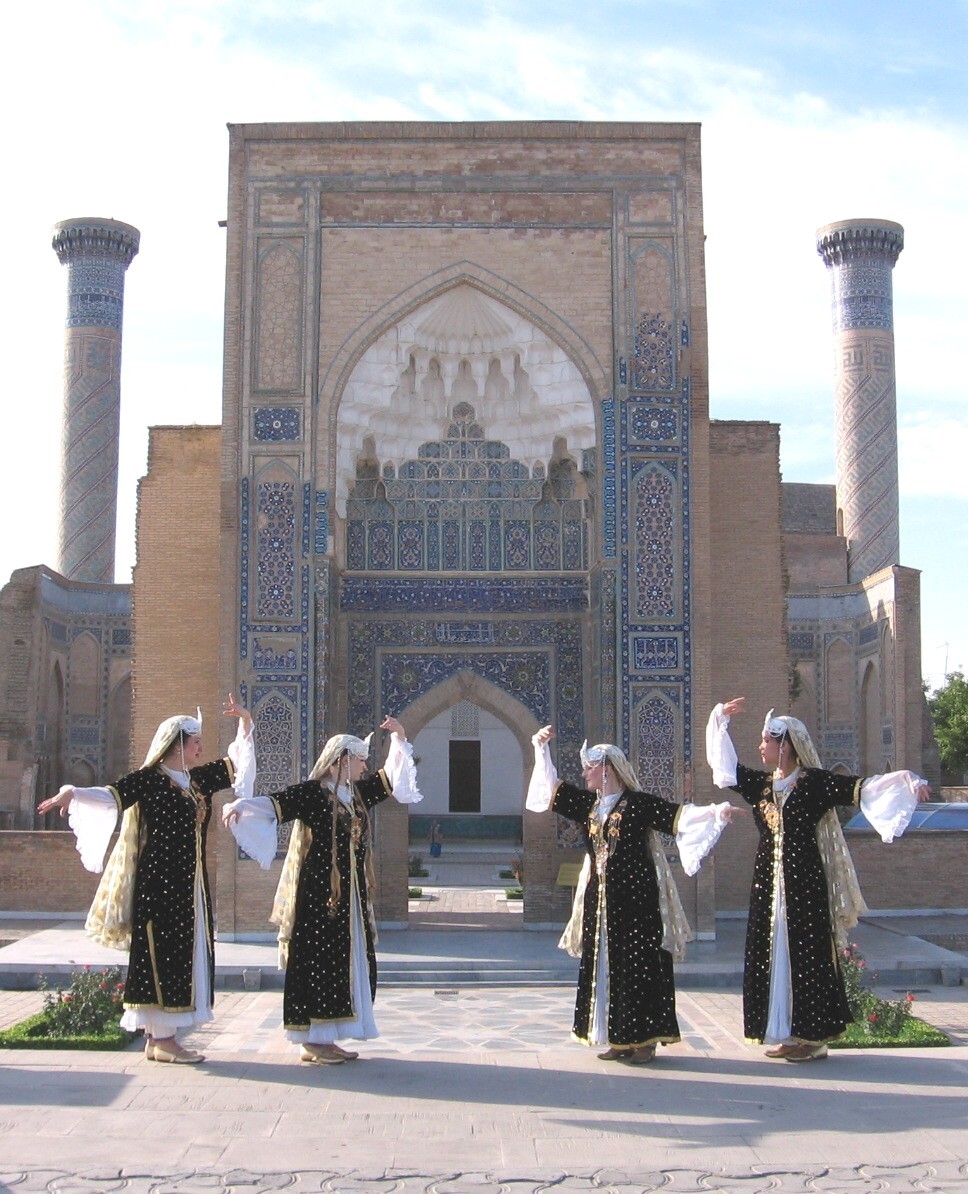 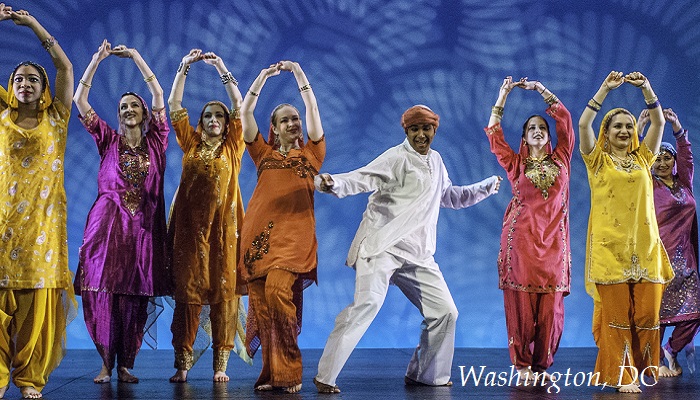 Event Description:
The ancient Khorezm style of Uzbek dance is one of the three main regional styles. The Khorezm "school" of dance possesses a playful, even mischievous joyousness. Several elements imitate animals found in the region and  distinctive traveling steps with a bouncy, “up-and-down” quality. Khorezm dancers often use head isolations simultaneously with other movements of the arms and feet. During the event, Dr. Laurel Victoria Gray will showcase her company's dance performance, introduce the cultural backgrand of the dances, and instruct the Uzbek dance elements.

Bio: Nritya Sudha’s Hindu Temple Rhythms, a non-profit organization, was created in 1958. Founded by Sudha Chandra Sekhar's parents, Smt. Jaya and the Shri Vaideeswara Doraiswamy in Mumbai, India, the organization was created for the Doraiswamy's only daughter. The organization relocated to Windsor, Ont., Canada in 1967, following the marriage of Artistic Director/Choreographer, Sudha, to Sankarnarayan Chandra Sekhar, an executive of General Motors Corp. and an untiring promoter of the performing arts and culture of India. After starting a family, the Chandra Sekhars moved to Oak Park, Michigan in 1978 with their three daughters Vidya, Anjali and Anandini where they have continued their promotion, preservation and dissemination of the classical arts of India.
Nritya Sudha is known for classical Indian dance and music in Southeastern Michigan and in artistic communities in the U.S., Canada and India. Sudha Chandra Sekhar, the moving spirit behind the organization, has spent more than 50 years in the study, performance and promotion of the sacred dances and music of India. This includes her passion for Bharata Natyam, as well as Kuchipudi, Kathak and Manipuri. She also has passed this passion to her daughters, who now help with the organization’s activities. Vidya is the internationally-renowned holder of a 72-hour world record for continuous performance of Bharata Natyam, which was done in aid of the American Heart Association and the Bharatiya Temple in 1996. This feat followed an earlier 48-hour record in aid of the American Cancer Society in 1989. 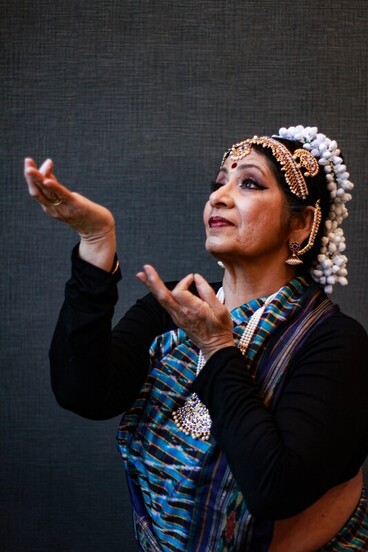 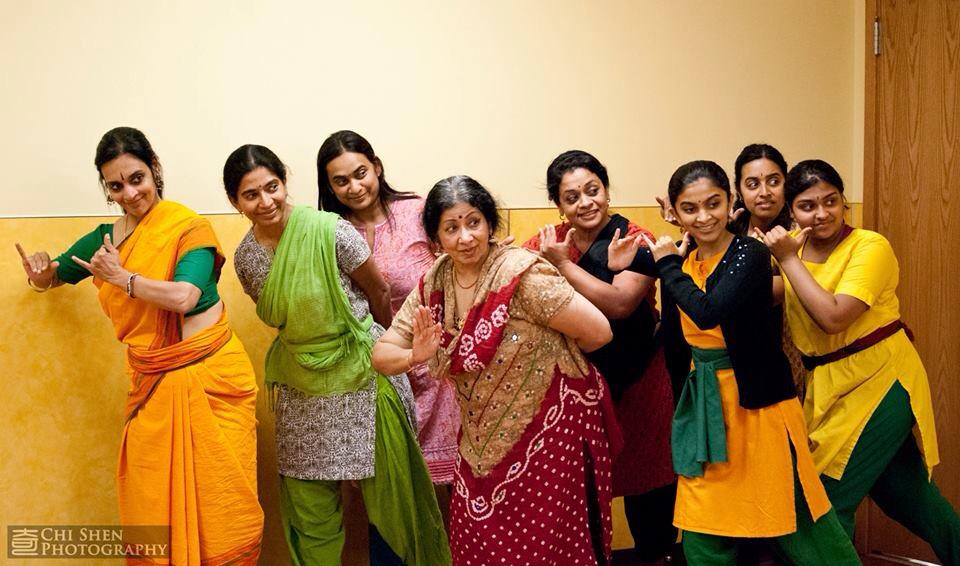